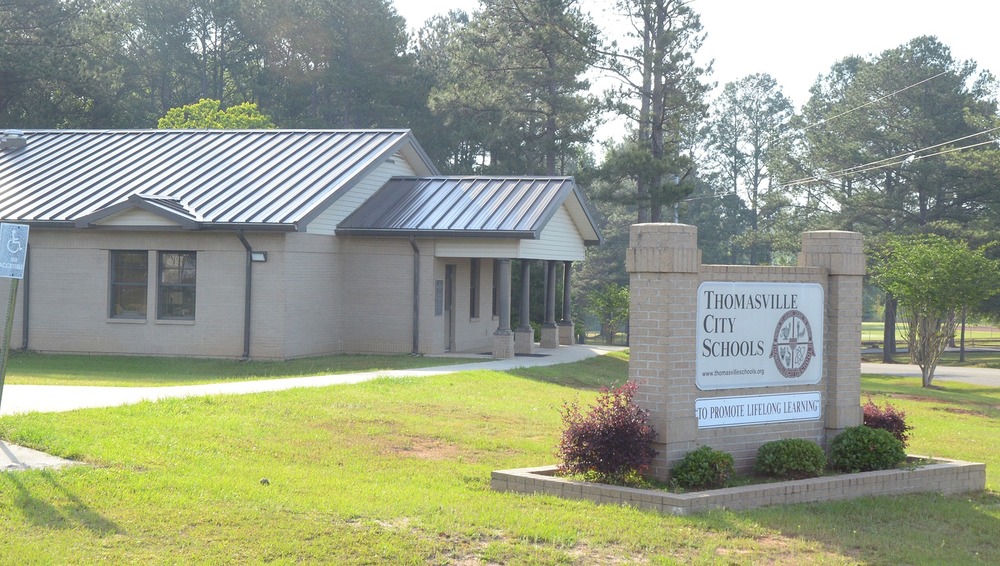 Members of the Thomasville City Board of Education and Thomasville city officials have responded to the Nov. 30 board vote in favor of not renewing the contract of school superintendent Garth Moss.

“Yearly review of the superintendent’s contract is a responsibility of the school board,” said Jim Davis, school board vice president. “While Mr. Moss has served our system well, there was a belief that we could also benefit under new leadership. However, the rationale reported previously by The Thomasville Times is completely untrue.”
“They (three board members) just wanted to make a change,” said board president Marshall Pritchett. “They didn’t want to renew his contract. Sharon (Buford) and I thought it was bad timing. We wanted to keep the contract for one more year because of everything going on with…the TRANE (energy savings project) and (Cognia school) accreditation.
“We wanted to keep him (Moss) another year and try to get back on track. The other board members felt we needed to go in a different direction.
“There was nothing said about football,” Pritchett said. “That conversation didn’t even come up.”
“Mr. Moss has done a good job getting us through COVID,” said board member Taylor Williams, “but my decision just came down to timing. I felt like it was in the best interest of TCS (Thomasville City Schools) to move in another direction at this time.
“After much consideration, I felt our system needed new direction to accomplish the improvements that need to be made,” said board member Rita Nichols.
“I was not ready for a change,” said board member Sharon Buford. “I wanted to renew. We have so much going on right now, but in a democracy, the majority wins. Three didn’t want to renew; two did.
“I appreciate Mr. Moss and his service to the system,” Buford added.
“I respect the board,” said Thomasville Mayor Sheldon Day. “I have never been one to try to circumvent the decisions of the board and I am not about to start. The Thomasville City Board of Education is an independent board, and I think that is healthy for our school system…and our community.
“We never should allow any one person or faction ever to have undue influence over our board. And I don’t feel like that is the case.
“…Although this was a split decision by the board, I think it is healthy that we had good debate,” the mayor said, “and our board is willing to stand up for their opinions in the interest of the people they represent.”
“The Council’s job is to appoint school board members who we trust will make the best decisions for the school system,” said Reid Smith, District 2 city councilman and council liaison to the school system. “Sometimes those decisions are not easy to make; however, I trust that whatever the reason, the best decision for our system as a whole has been made. I wish Mr. Moss well, and I look forward to working with whoever the board elects as the next superintendent.”
“I have had the opportunity to gather the thoughts of the board since their vote on Tuesday,” mayor Day said. “None of them, I repeat….none of them had anything negative to say about Mr. Moss and all felt he has done a great job overall.
“…I’ve been mayor for 25 years. I’ve never had a superintendent who responded as quickly to any concerns that I raised or questions I had with him. He has always been quick to return my calls. If a constituent had a concern about the schools, I would call him and he would address those issues.”
“When Garth got here, there were a lot of things that needed improvement,” Day said. “The middle school had closed. We had challenges at different places in administration. We needed a new THS principal. Garth has overseen a vast amount of improvement top-to-bottom in our system. There are new administrators in each of our schools, and we have seen great improvement in our system.
“…(The coronavirus pandemic) threw another curveball that nobody expected. …I think he has done a fabulous job of taking care of that situation.
“Financially, the school system is on better standing that it has been in many years,” Day said. “This new TRANE system will make all of schools more energy efficient and lower our long term cost of operation. That is a major project for our school system, and he was able to shepherd that to fruition.
“…He has brought us through some really tough decisions, that needed to be made, to well position us for the future. Whoever comes in behind him will have the benefit of those tough decisions that were made by Garth and this board over the last three years. In my opinion, we owe Garth a thank you for weathering the storm. …I think we are better positioned today to fully achieve the improvement people want in our schools.”