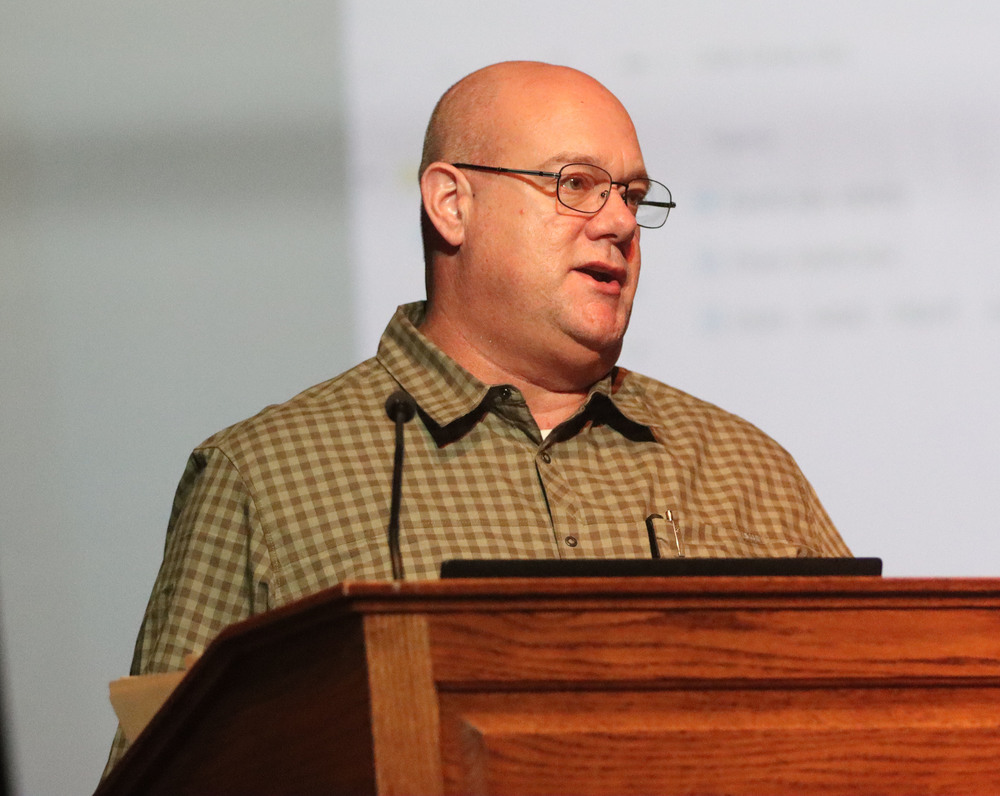 Thomasville Police seeks to be partner with school system 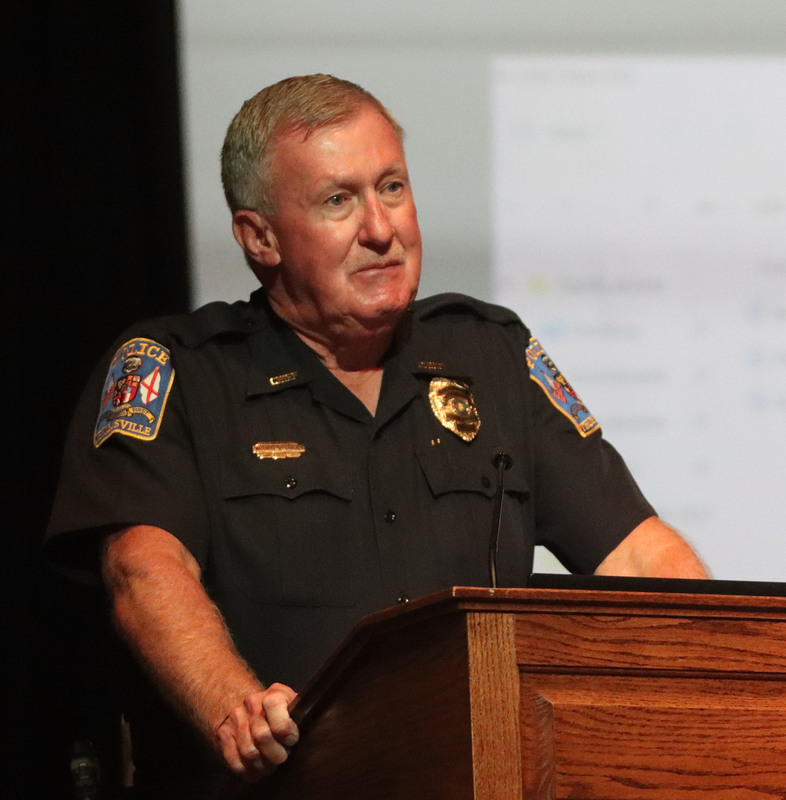 “I’m literally standing in front of you this morning talking to you about ways to save your life and your children’s lives,” said Mitchell Stuckey, chief of the Thomasville Police department.

Stuckey and Police Captain Toby Knight spoke Aug. 3 at the Thomasville City Schools District employee “Institute” program in the Thomasville Civic Center.
The officers discussed ways the department can help with school safety, strategic plans for the threat of active shooters, and gave information on how to deal with a Fentanyl drug overdose.
Recent shootings in Thomasville involving young children show that the threat does not come from some “monster” or “deranged drug addict,” the chief said. The threat could be a five-year-old kid, who picks up a gun.
Although teachers and school officials have a lot to deal with during the school day, “be aware of your surroundings.” Stuckey stressed that schools needed a plan because shooter incidents can happen suddenly and happen quickly.
“…I couldn’t be a teacher,” the chief said. School officials have to deal with a lot of drama every day. “I admire what you do. You are very needed, underpaid and underappreciated.”
The school system must have an updated plan for active shooters, Knight said. The officer said that compared to a shooting incident, “I will take an earthquake, tornados, hurricanes, floods, any day of the week. What is the difference – intention, evil intention. There is an intent from someone to cause you harm. Natural disasters are not the same.
“…We are worried about the intention of that person. That overrides all of our normal capabilities.” Active shooting incidents can average seven minutes, Knight said. School officials and teachers in their classrooms must think about the mitigation of those seven minutes before first responders arrive. “In seven minutes, you’ve got to act on your own.”
“…Most of the time, the people who are committing these acts are not trained. They are not skilled killers. They are idiots. They know how to pull the trigger. They know how to make that work.
“…If you destroy any of that format he’s using, it completely obliterates him,” Knight said. “…He’s focused on doing what he is doing. So, if you hit him in the side of the head with a book, or a soup can, or half a brick that you keep in your classroom…it is going to change his (plans). It is going to reset him.”
In addition, live shooter drills were held Aug. 3 with employees at all three schools in the Thomasville school system.
Communication between school officials and the police department is vital, Stuckey said. “Please help us this school year.” He encourages employees to contact him. “I don’t care how irrelevant it may be, let me decide. …I will appreciate the information. …Without the community, we can’t do it. …That is why we are struggling - we have so many people in the community that are bystanders and not involved. …We need to protect our city and our schools.”
The police department plans to install another School Resource Officer (SRO) at Thomasville Elementary School for the new school year. Sgt. Mac McNair already serves as an SRO in the school system. Stuckey said the federal government should provide grant funding so there is an SRO at every school.
Knight showed the school employees a video on using the Narcan drug to assist someone who has overdosed on Fentanyl. “Fentanyl is a trend that has gotten worse,” he said. “It is in everything and on everything. It is a dangerous drug.”
Chris Murphy, an officer in the Thomasville Police Department, was recently bought back to life thanks to Narcan after being exposed to Fentanyl. It took three to four doses to help the officer.
Knight also advised that CPR should not be used when dealing with a Fentanyl overdose.
Narcan is available for school officials in the Thomasville City Schools District.